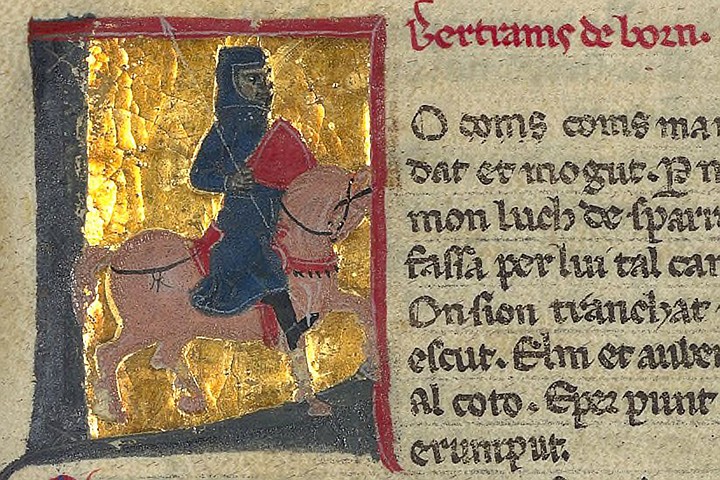 Bertran de Born (c. 1140-1215) was a Provençal troubadour and baron of Limousin in France. He composed both love songs and political songs (the latter were called sirsales). Due to his involvement in the political rebellions of the time, Dante places him in hell as a schism-sower, where he is depicted carrying his severed head like a lantern. In an attempt to resurrect the poet’s reputation, 20th-century poet Ezra Pound both translated his work and wrote original poems based on de Born’s life and songs.