Sheikh Khalifa died on Friday May 13 at the age of 73. He was reputed to be a good listener, modest, generous and interested in his people, frequently carrying out direct outreach through official missions and other occasions.

In the poem, Sheikh Mohammed offers his condolences to the people of the United Arab Emirates, as well as the rest of the world, for the loss of Sheikh Khalifa, whom he describes as his mentor. He also prays to Almighty Allah to bless the late leader of the nation.

The poem by the Ruler of Dubai ends with a message of support to His Highness Sheikh Mohamed bin Zayed Al Nahyan, Ruler of the Emirate of Abu Dhabi.

“He is a true bearer of the legacy of (Sheikh Khalifa). May God grant him patience and enlighten his way,” Sheikh Mohammed wrote. “We pledge allegiance and support to him with love and honesty because obeying the ruler is a duty.” 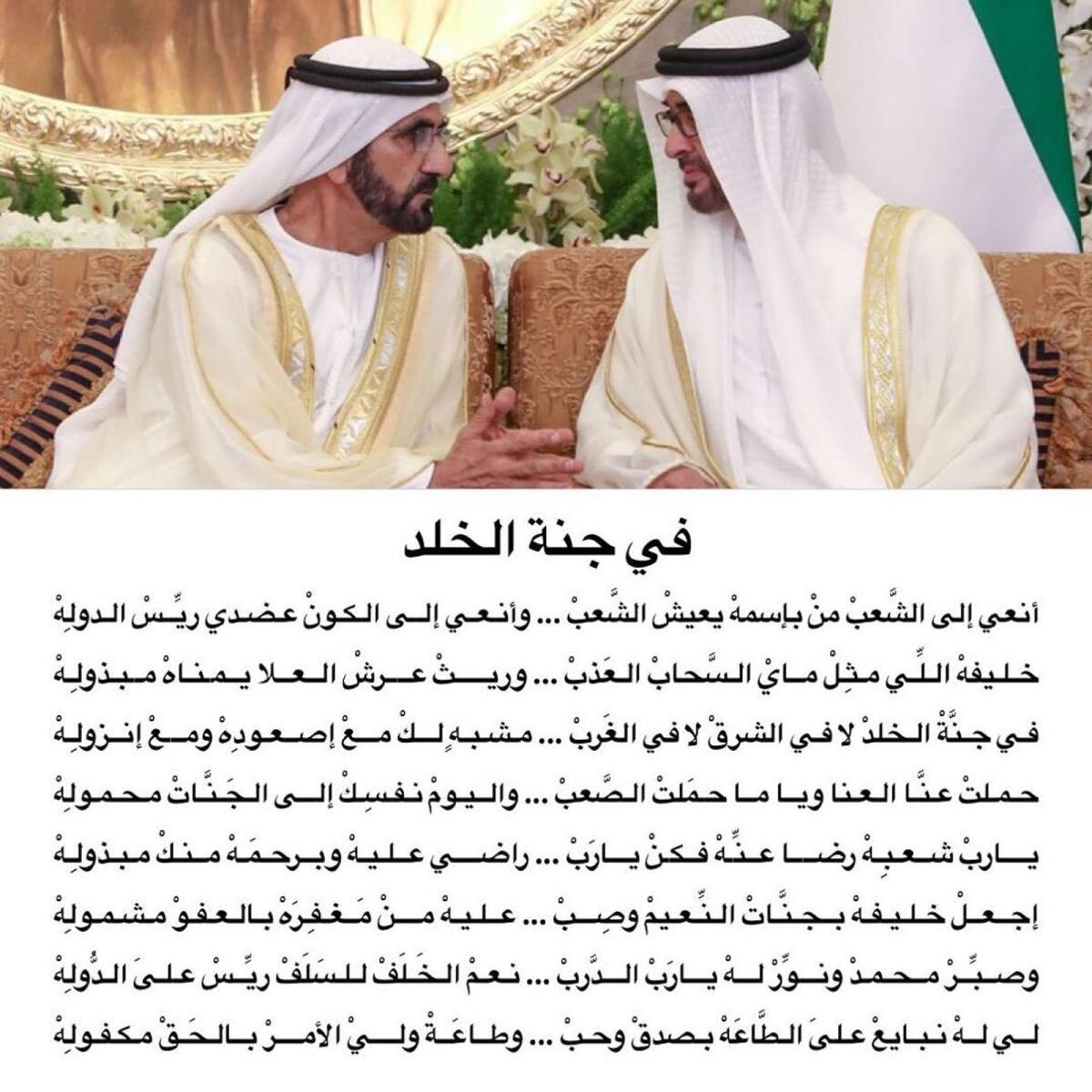 Leaders, Emiratis and expats in the United Arab Emirates are mourning the loss of their beloved leader, who successfully ushered the country into the 21st century through a series of groundbreaking legal reforms and visas. The bereaved country has declared a 40-day national mourning which began on Friday.