Vassar’s historic Thompson Memorial Library has become the scene of a battle between life and death. Works of art are displayed in glass cases evoking melodic odes to nature’s beauty and simultaneously telling the horrific story of its impending end. Under the main arch of the library is the exhibition by Ilse Schreiber-Noll: “Nature, and Nature Defiled”. Schreiber-Noll, an artist from the Hudson Valley, is displaying several items, including her original “Artist’s Books,” an artwork that uses the book form, and limited-edition prints and paintings , all of which showcase the beauty of nature while ridiculing the destruction that humanity imposes on it.

The juxtaposed sides of the exhibition intensify the nature of each book, coordinating with each other to create a taut symphony. Books representing “Nature” sit on the left and those representing “Desecrated Nature” sit on the right. The exhibition begins on the left side of the arch with ‘Silent Sun’, one of Ilse Schreiber-Noll’s unique artist books. The linen pages of her artist’s books are thick with golden layers of paint, sand, woodcuts and natural material. Written on the opening page of this book is Walt Whitman’s poem, “Give me the Splendid, Silent Sun” – Whitman’s poetry makes continuous appearances throughout his works. This poem is a love letter to the natural world, admiring mother nature from afar as she is trapped in the steel cage of the industrial city: “Give me the splendid silent sun, with all its dazzling rays.”

Under the vault, opposite this work, is a book representing the “Dirty Nature” part of the exhibition. Its dark brown and black pages contrast with the golden and yellow suns of its neighbour. To stand between these two books is to stand on the precipice between life and death, to put one’s own humanity between the world and its disappearance. Discussing this book and its large, heavy pages, Schreiber-Noll said, “I think the floor is a diseased, crusted surface. I think if [this book] it feels like you’re hitting the ground, you’re involved in those heavy surfaces, with the story of what happened. Soil contains memory and life, and this book shows what happens when we destroy that life. 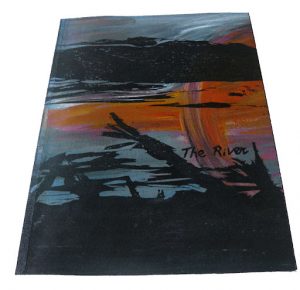 In addition to works focused on the environment, Ilse Schreiber-Noll has praised the COVID-19 pandemic in her artist book titled “Loss”. A dedication alongside “Loss” reads: “This book is dedicated to the lives that were lost during natural disasters and the pandemic in 2020 and 2021.” She made this book for all the people who have suffered over the past two years due to of the COVID-19 pandemic and the pain their families have endured as a result. Its pages are filled with woodcuts of anguished faces and weeping angels. Along with pandemic scenes, “Loss” also focuses heavily on the damage caused by natural disasters, especially those caused by the effects of climate change. In the middle of the book is a print of an angel with the word “hope” suspended by its wings. In my conversation with Schreiber-Noll, she continually emphasized the importance of hope when the future looks so bleak. She spoke of her fears for the younger generations, saying with a tired smile, “We have to have hope. If we don’t have hope, then living becomes unbearable, doesn’t it? »

Ilse Schreiber-Noll’s emphasis on hope still sits alongside her critiques of violence. She considers it necessary to balance the tragedies of the world with our own sense of hope, something her own upbringing taught her. Schreiber-Noll was born in Germany just after World War II. “I have seen the aftermath of war and the destruction and heartbreak it has caused my country and others,” she shared. His career in art was propelled by the protest movement of the 60s. His works are filled with the outpouring of his anger and despair, and still flow with immense beauty.

Ilse Schreiber-Noll has been creating pieces related to environmental topics since 2012, when she participated in the Hudson Valley Artist exhibition at the Samuel Dorsky Museum in New Paltz. The title of the exhibit was “Dear Mother Nature,” and Schreiber-Noll contributed the first book in her “Oil Spill” series, which commented on the industrial disaster in the Gulf of Mexico in 2010.”[I] finds it very important to show beauty as well as destruction in juxtaposition,” she told me. “So the viewer wonders and will ask the question: why are we doing this to something so beautiful?” 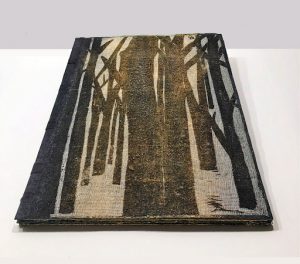 Even before making art on the issue of climate change, his work was extremely politically oriented. She was heavily involved in the artistic movements against apartheid in South Africa. Throughout this period, she constantly questioned the productivity of her works and those of other artists. “Artists from many countries, from all over the world, people from all professions contributed and said, ‘We have to help change this terrible system.’ And it became [a]house that we all built together,” she explained. In the 21st century, her art uses her intensity to advocate against climate change. She views the fight against war and the fight against environmental destruction as having a parallel ideology: Any contribution, no matter how small, can help bring about change. 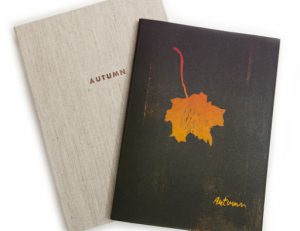 In my interview with Ilse Schreiber-Noll, she shared her immense enthusiasm for this spring’s exhibition. “I’m thrilled and especially excited to show in college,” she told me. Her career as an artist in printmaking and artists’ books began when she herself was a student at Purchase College. She studied with the late Uruguayan-American artist Antonio Frasconi. Frasconi, the man to whom she dedicated her book “Autumn” at, was a prolific wood engraver and professor at Purchase College. Schreiber-Noll fell in love with the book form and found inspiration in her mentor’s political activism. “My wish is that my work speaks to your generation. Giving something to the next generation is a privilege. I am therefore very happy with this exhibition.

Ilse Schreiber-Noll will be a panelist at the “Responding to Climate Change” symposium, alongside Laura Haynes from the Department of Earth Sciences and Geography and Jeff Seidman from the Department of Philosophy. The symposium will be moderated by the Director of the Special Collections Library, Ronald Patkus. The event will take place on Wednesday, April 6 at 4 p.m. in the Class of 1951 Reading Room at the Library for those interested in the cross-disciplinary discussion of the destruction and protection of our environment.

For more information on the exhibition and a gallery of the works, visit: https://vclibrary.vassarspaces.net/nature/index