Persephone: The girl who put the fatal in Femme Fatale

I will put the fatal in femme fatale.

It’s the only pleasant thought that swims in my brain as I spend my afternoon as I usually do: slaughtering bumblebees, beheading buds, smashing flowerbeds and breaking branches. Homer and Ovid will tell you later with their pretty little lies that I was stolen from among those picturesque plane trees by the God of Death because I embodied the touch of life that he lacked. Homer would later write that I cried out as I fell into the depths of the realm of the Stygians and the spirits of Hades. It’s really fun for me.

How desperate some men are to remove dangerous women that they have no choice but to reinvent her entirely. It makes me smile. If only they could see me right now dressed in nettles and narcissus as I sharpen an abandoned stick I found in my mother’s meadow.

There’s no one looking at me here but the ferns, so I decide to make a pretty scythe decorated with stems.

I work and work until the staff, no, the scythe is sharp enough to slice souls, but more importantly, the skin of a God.

Today is the big day, I decide as the sun sizzles on my skin, too hot, too bright for me. Today is the day I will rebel against my mother, the goddess of agriculture and her suffocation and our oppressive slow, monotonous elongated days stuck in the strawberry fields and among the succulents.

I smear stripes of pollen on my cheeks like war paint and squeeze my ichor-hungry weapon tighter in my fingers until they turn pale.

I will seek Hades and his realm of voluble smoke, then I will seize it.

It’s the only way to revolt against my mother, who supports life itself. It is also the only way to satisfy the deep, dull thirst to become something… more, more than a young woman underestimated because of her femininity or her rosy-cheeked face or her presumed fragility.

Yes, I put a cute smile on my freckled face. I have dwelt among the clouds of Olympus, but the cracks and caves of the earth, leading to the territory of Hades, call out to my very essence, begging to be conquered.

Do you hear it?

The sound of ghosts singing for a new ruler? 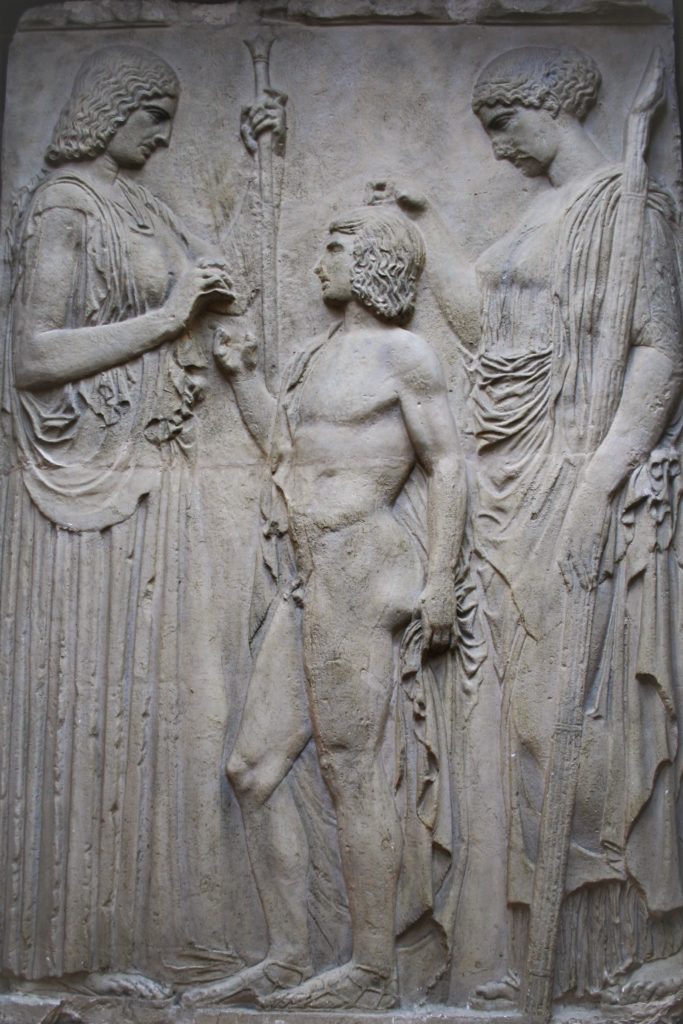 I answer in the direction of my steps. I walk and walk through fields, meadows and woods. My warpath is strewn with saffron and crocuses, but I pay no attention to them. These are the kind of boring flowers my mother likes to take care of. I’ve always preferred poisonous plants to toxic scents.

A young goddess obsessed with foxglove, nightshade, azalea and rhododendrons is a dangerous thing, my mother once whispered to Athena, the goddess of war and wisdom as they sat by the edge of a babbling stream.

I remember Athena had just scoffed and said ‘I’m sure she’s going through a phase, Demeter. No one has anything to fear from a goddess of spring, not even an ant would fear her”. After that, I pushed her into the water below with all my might, wanting her to drown. Athena just laughed.

But, I don’t think she’ll laugh now because a deity revered for her intellect doesn’t like being proven wrong. I think that’s why part of me chose to usurp death itself. I have heard mortals and immortals tremble in terror at the mere mention of the name of Hades and his empire of darkness.

I will scare the most feared.

Even this cave, one of the scattered entrances to the Underworld, seems to yawn at my sight.

Wait, do you hear my mother’s screams?

My mother doesn’t scream in fear for my safety because I went to the gates of Hell. 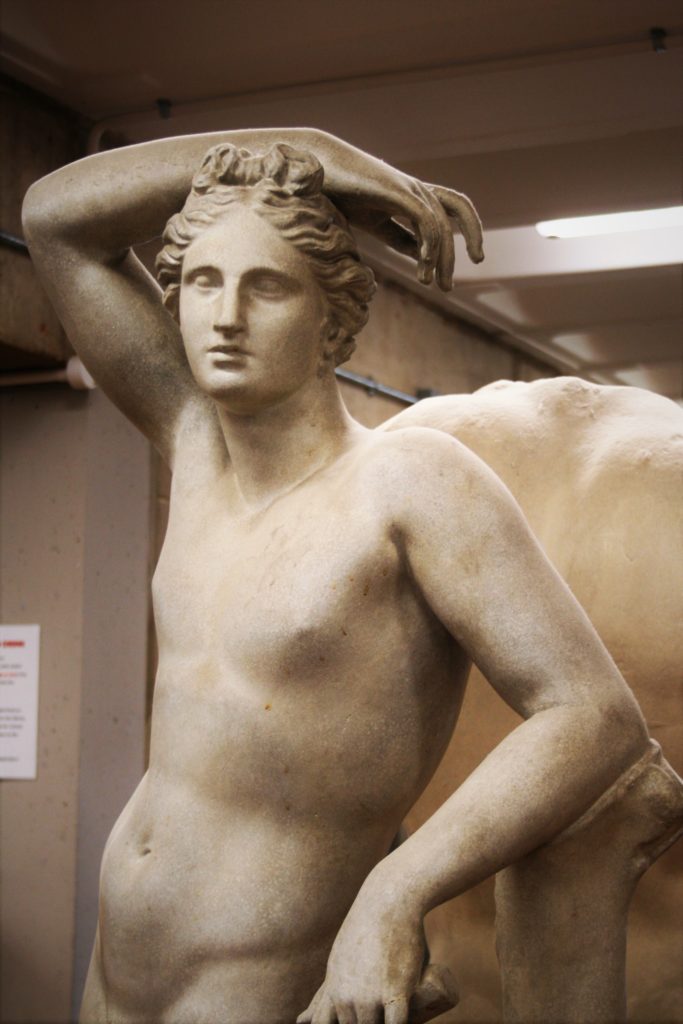 No, she screams in fear for the stability of the social order and the principles of existence itself because she thinks I won’t just usurp the Land of the Styx and the Skeletons. She thinks I’ll want the sky and the storms and the seas and the shells too.

I enter the underworld as a usurper, not as a kidnapped maiden. The scythe in my hands makes that pretty clear.

The phantoms here below seem to me more beautiful than the nymphs with their pale complexion of death. I love the way they bow, curl up and grab my dress.

It’s funny, these poor souls remind me of the withered flowers yearning for the sunbeams of Helios. A smile forms on my lips.

Let them crawl, I am a powerful, ruthless and hard-hearted goddess.

Hades will find out soon enough.

I will make the god of death crawl too, tearing his realm from his as easily as I would tear the roots of a flower from the earth. 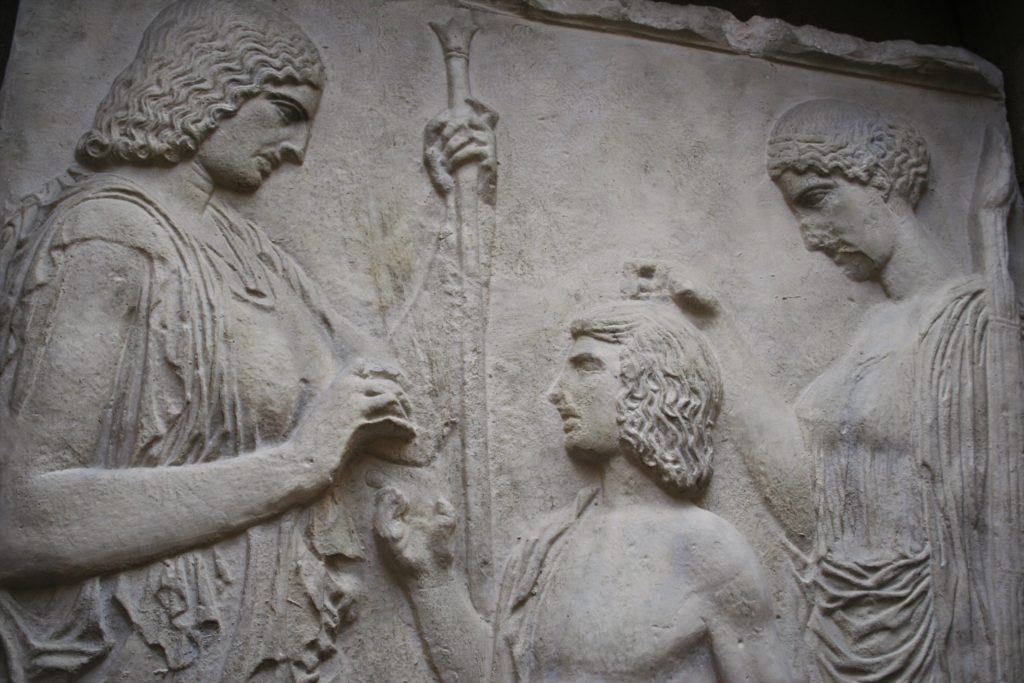 After reading her article, we spoke to Sophie briefly about her writing and her influences.

Above all, she tells us how and why she came to write this poetic monologue, indicating that “I have always been intrigued by the figure of Persephone and I have been reading about her since the age of fifteen. I read a plethora of other people’s work reinterpreting her and her narrative in the light of feminism and sat there and decided to create my own.

“I think there’s something so appealing about the idea that struck me about how Persephone potentially sought to conquer the Underworld herself in a bitter act of being underhanded. esteemed and… Sure, it sounded very feminist. It was a joy to write from Persephone’s perspective and I loved making her more badass in her own right. 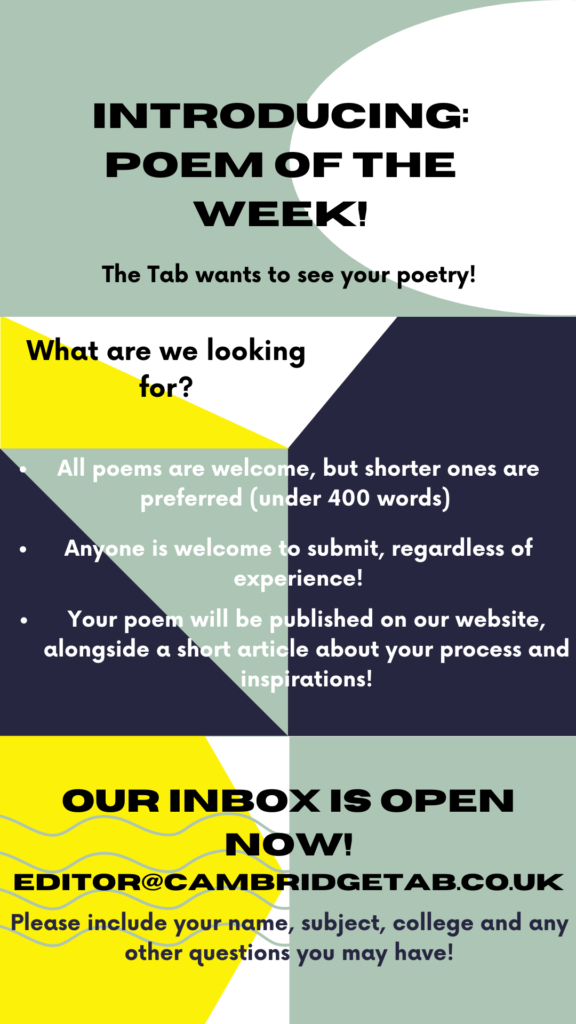 Indeed, I thought it was obvious from this one perfectly put together piece that Sophie often writes, and she admits it: “I’ve written a series of children’s books, for which I try to have a literary agent, and I write a lot of poetry. I’m also trying to work on a historical fiction novel. My writing is always concerned with mythology, history and education.

Lastly, I’m curious about which writers have influenced her and her writing the most. “I love Madeline Miller’s ‘Song of Achilles’ and love that she writes so incredibly beautifully about the relationship between Achilles and Patroclus, so I think it really inspires me to do my own interpretations of Greek myth. She’s probably my biggest influence from a writing standpoint.

That’s the end of our Week 2 Poem of the Week – good luck Sophie with your writing career in the future, and thank you for your wonderful submission!

And if you, too, would like to see one of your original poems featured right here in The Tab, we’d love to hear from you: submissions are open all term, just email your piece. -email to [email protected] (please see our submission guidelines in the original article here first). We look forward to hearing from you!

Articles recommended by this author: