I spill confusing coins for an ounce of happiness.
Belgian waffles soaked in syrup. The flour is bitten, pieces of space squeeze through.

Where is the wrapping in heat sheets? where are the lotus flowers
In the sun, tall, quietly, deployed as a sign of welcome where
Do the crowds bustle before the crowds
On a rice roll, the pulled pork whiskers at the edge of the lips are gone?

(At thirteen, I widened the wave sleeping river
Under the bridge. Convinced, I named him home while my punt
pushed back. I forgot who was leading.)

Rat hunger pangs, winter gnaws and burrows in your bones.
Uncomfortable, you breathe cold. You are illiterate, desperately trying to sort out foreign stars.

Knees scraping the streets, I found sweetness in sardines
Railway compartments, compact with wrinkled uniforms.
I pooled years pressing my nose against the glass, devouring the washed city lights
More fireworks and an overflow of excited Cantonese.

(Hotpot in December. Beef strands wind quietly around the ends of the chopsticks.
My porcelain seconds tote. Quenches him in hard love:
Sticky sweetness lapping through layers of hot meat.)

The wait will pass, they soothe, with the ferocity of liars.
Padded suitcases. You stifle plane cancellations, burned by illness.

I intertwine migraines with coffee, wage a war of Petrarch against a language that
I can never own. I wake up with epitaphs and drift in restless elegies
Breaking, shreds of torn parchment. Stabbed lines.
Always too much space, too few people.

(Hastily infused valerian perched on her haunches, loop and drift
Sleep-smoke-fog. I see dawn approaching and a burst of
Interest blooms in me. The petals of the sun unfold, delicate, trembling, thin.)
The morning tastes of the city dissolve in my arms. Hesitating, the quivering of
A clock ticking away the seconds, I learn the patterned birdsong drifting through my window.

After reading her poem, I interviewed Bernice on Zoom to give her the chance to talk more about her themes and describe her writing process.

To begin, I asked Bernice to elaborate more on the sense of nostalgia running through her poem and how it resonated closely with her own experiences, being an international student herself.

“For the first few months it was a bit lonely, and I was also a bit homesick, so I started writing a bit of poetry about it. This poem is specifically about being away from home. self, to be away from Hong Kong and to miss the sights and scenes of Hong Kong and my family in Hong Kong.

“When I came to Cambridge I found it a bit difficult to adapt to the environment because I wasn’t really sure what subjects people were interested in, so I had to some time to familiarize myself with the others. I also study English, which is not my first language, but I take it as my first language, which also made me feel a bit lost here: so I was talking in this stanza of a Petrarch War against a language that I cannot possess, I was kind of referring to English. I guess there’s the euphoria of entering a new country and then trying to assimilate into the culture: that’s what I was trying to present in this poem. 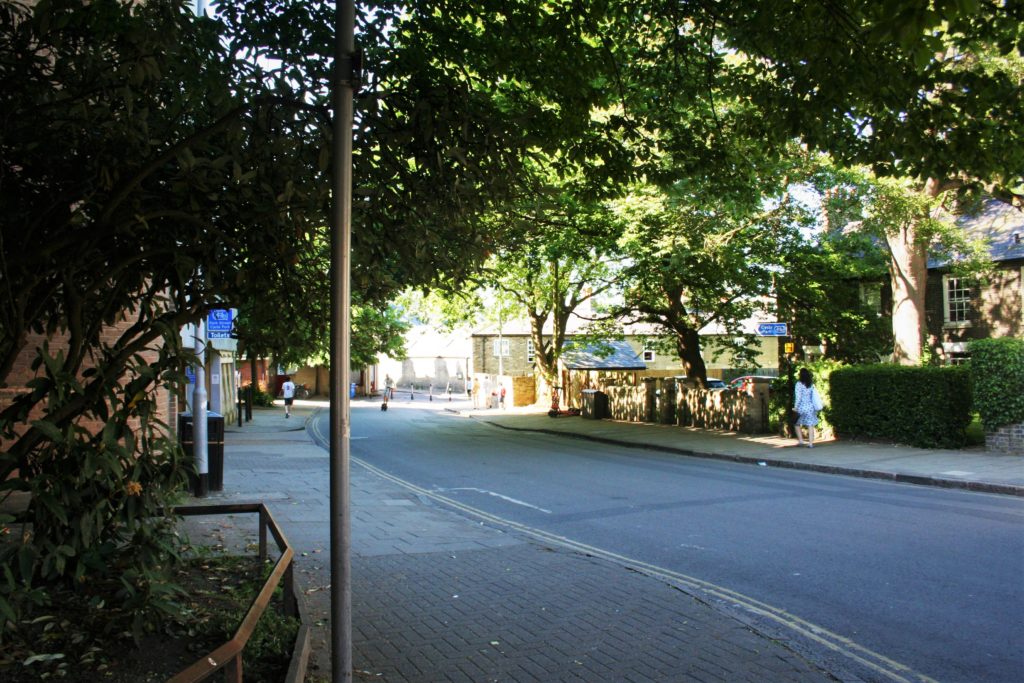 To add to the sense of separation between cultures, Bernice tells me that she weaved references to food throughout the poem, a part of Hong Kong culture that she has missed since arriving in Cambridge.

“[The reference to food] is definitely a cultural thing. It’s something really simple, the Cantonese food that I used to eat in Hong Kong. For example, the pulled pork rice rolls, which you can buy on the street: sometimes I ate them after school when I came home, so it’s kind of a nostalgic food for me. And hotpot is also something we traditionally do, and I missed that here, as there aren’t many good hotpot places in Cambridge – so that was a bit of a throwback.

I was also keen to know if “Away From Home” was representative of Bernice’s poetic writing process: that is, writing to express a personal experience, feeling or impression. She replies that poetry is indeed a “kind of catharsis” for her, a way of taking a step back from “something important in my life, or something that I really appreciate, or something that makes me sad. .

“It’s kind of an emotional outlet for me. And every time I write my feelings on the page, I just feel like I’m doing something concrete and pulling something out of my emotions that feels productive.

She adds that the imagery of birds recurs throughout her poems due to their symbolism of “flight, freedom, or wanting to leave”. Other favored motifs include places, landscapes and sometimes nature, as well as many “emotional metaphors”. 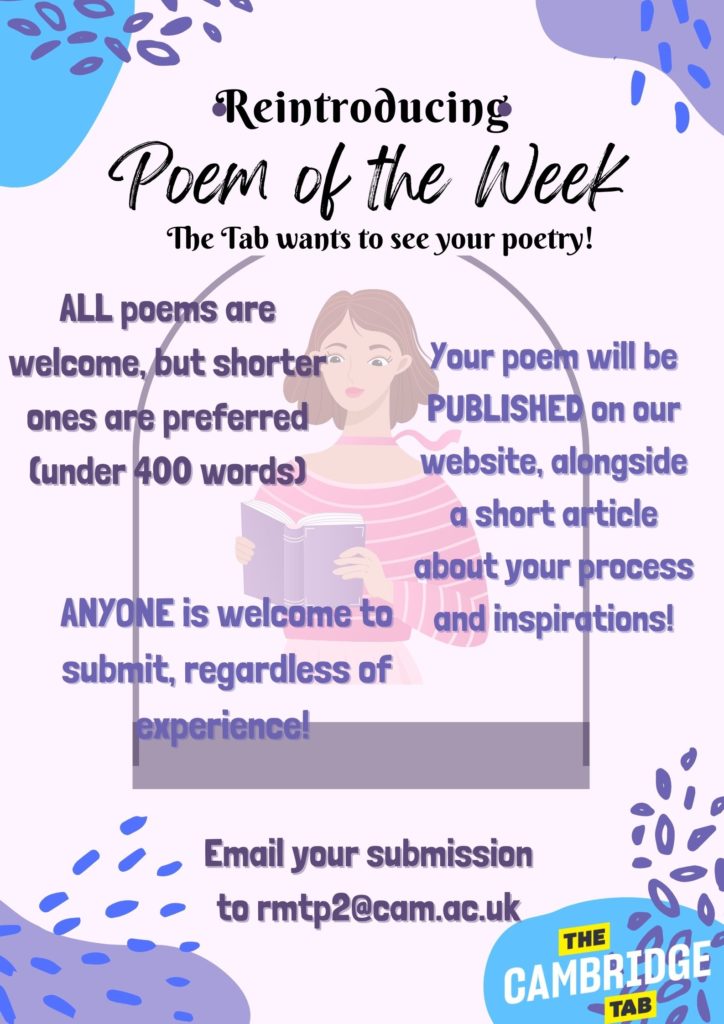 As for her experience as a poet, Bernice explains that she has been writing since the age of eleven, but “sporadically” and “rather limited to short stories.

“Writing is kind of a refuge for me, it’s one of my favorite hobbies, and during the pandemic, whenever I felt something, I would just write it down, it would just be an entry from newspaper or poetry, or a short story, even.”

Asked about the influences on her writing, Bernice clarifies the Imagist movement, a modernist movement that favored precise imagery and clear, crisp language and is seen as a reaction to the flowery ornamentation of Romantic and Victorian poetry. At TS Eliot four quartetsfor example, Bernice finds the writing to be “deep” and “naturally flowing”, making him one of her favorite poets.

“He wrote extensively about time and how it is in motion and defined by us: the past, present and future are mapped out by humans. There’s no real reason for that; instead, he says we should use time as a flowing river, in a sense, as something that can change and grow, and we should look to the past and the future. I find that very inspiring and I try to emulate his style in my poetry.

It’s over for week 5, but remember there’s still time to submit your poems! Just email the poetry editor ([email protected]) with your submission: we would love to hear from you!

Related articles recommended by this author: